Thank you to everyone that supported our Ninth Annual Golf Classic, presented by Bauer. Our event was held July 11 at the Stonebridge Country Club in Goffstown. As Gregg Moffett told those in attendance “we are extremely grateful to all the players, sponsors, contributors (gifts in kind) and volunteers that help make this event one of the best in the state, each and every year”.

Once again we enjoyed marvelous weather and it was a great way to spend time with our hockey family and friends. Golfers who arrived early were provided free chair massages prior to tee off by Andrea Kuhman of Arias Spa in Manchester. 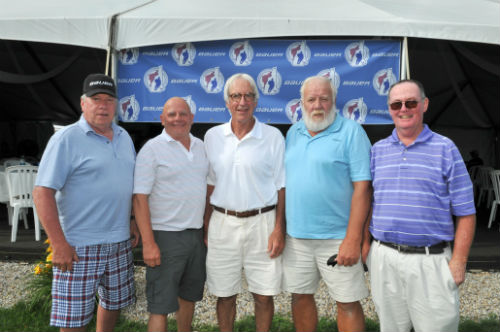 The event was kicked off with a message from Greg Moffett, President of the New Hampshire Legends of Hockey (Legends). He gave special thanks and recognition to our “Presenting Sponsor, Bauer (Global Headquarters) of Exeter, NH and our Gold Sponsor, St. Paul’s School of Concord”. In addition thanked our nine Silver and twenty-five Bronze Sponsors which are listed below. 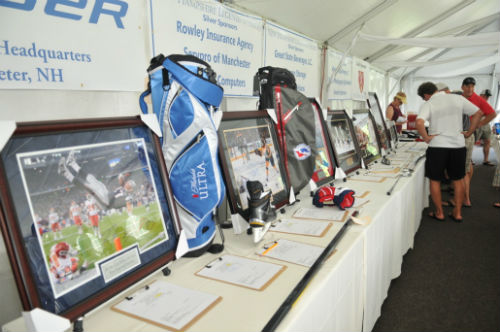 In addition, Greg acknowledged five of the seven members from the Class of 2014 who will be honored this October 26 at Concord’s Grappone Center at the Thirteenth Annual Legends of Hockey Induction Ceremony. Those playing today are Mark Evans; Steve Murphy in the Player Category and Bruce Crowder; Rick Middleton and Bruce Parker in the Coaches Category. In addition, the Legends will honor the history of the Hanover High School Boys and Girls Hockey teams and we’re pleased to have both Head Coaches, Dick and John Dodds with us today. 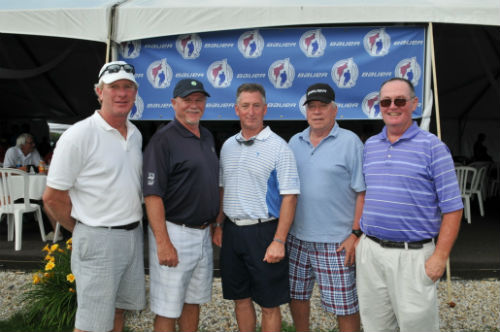 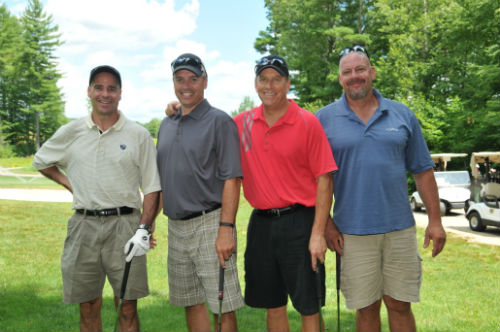 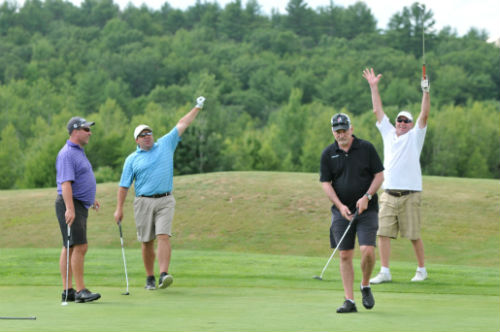 Holed out: As Dave Masinick holes the birdie putt on the way to a 60, teammates from L to R celebrate: Dennis Murphy, Al Gilbert and Joe Vallieres. 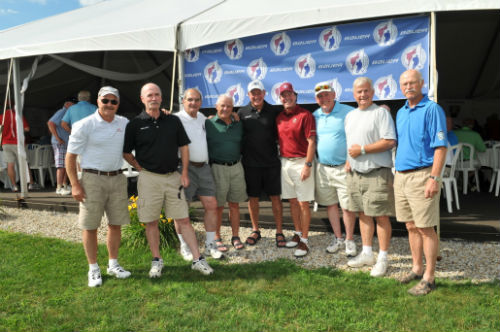 The 2015 Golf Classic is scheduled for Friday July, 10, 2015, so please mark your calendar, grab your players plan on joining us!

We are offering the following items for auction to our entire contact list. We will update current high bids along with the initials of the bidder approximately every 3 days beginning Friday August 22, 2014 and continuing to 5:00 Eastern time on August 29th. If you are interested in bidding on any item(s) email hayes743@comcast.net. 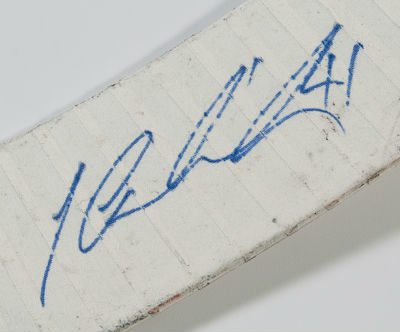 The New Hampshire Legends of Hockey gathers nominations for election to the Hall of Fame, and raises money to preserve the donated archives, including historical literature, records, photos, film, clothing, equipment, trophies, etc. Many of these collected artifacts are available public viewing via our display cases in Berlin, Concord, Manchester and Nashua and on our on-line museum. We continue to search for artifacts and film from the old days. anyone wishing to donate either is welcomed to do so.

No Replies to "2014 Golf Classic Another Big Success"