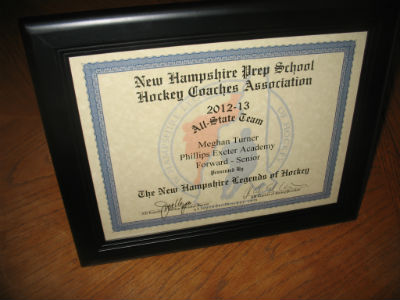 Dana Barbin, long time head coach of Phillips Exeter said “we are extremely pleased to continue our partnership with the NH Legends of Hockey”. The Legends have provided framed certificates for each recipient of both of boys and girls teams.