Thank you to everyone that supported our annual golf event. We are grateful to the players, sponsors, contributors (gifts in kind) and volunteers that help make this event better each year. Once again we enjoyed wonderful weather and it was a great way to spend time with our hockey family and friends.

Golfers received a welcome package, which included a four pack of sandstone coasters with the NH Legends of Hockey logo affixed. Golfers who arrived early were provided free chair massages prior to tee off by Andrea Kuhman of Arias Spa.

The event was kicked off with a message from Roland Olivier, President of the New Hampshire Legends of Hockey (Legends). He welcomed the players and thanked the volunteers and businesses that donated gifts for the “Legends Ultimate Raffle”, Vachon Clukay & Company PC of Manchester, our 2012 Title Sponsor, and the 31 other sponsors for their support. Roland also recognized our Hall of Fame members attending the event.

Olivier mentioned the 2012 Induction Ceremony is slated for Sunday October 28, 2012 at the Grappone Conference Center in Concord and will begin at 10:30 am.

We will induct seven new members into our Hall of Fame including two in the Coaches Category: Dick Dodds of Hanover, NH; Jim Tufts of Exeter, NH; Jim Rivers of Contoocook, NH in the Media Category and four in the Player Category: Peter Maher of Exeter, NH; Julie Sasner of Gloucester, MA; Kathleen Twomey of Londonderry, NH and Dicky Valliere of Berlin (who died on March 25, 1998).

Each year the Legends salute institutions and other local hockey programs and this year we recognize the Berlin High School Mountaineers and their long storied history. This winter the Mountaineers will celebrate their eighty-third season of hockey. Over the years they have won nine NHIAA State Championships as well as one New England Championship in 1966-67.

The Monarchs will also recognize the Berlin High School Mountaineers when they wear uniforms adorned with a Mountaineers logo on their jersey shoulders when they host the Binghamton Senators at 4:00 pm at the Verizon Wireless Arena. Inductees will be recognized prior to the start of the game. This year, Gold Level seating is available at a Special discounted price to the Legends of $15.00.

Induction tickets may be purchased by mailing a check to the NH Legends of Hockey to 329 Currier Road, Hopkinton, NH 03229 or on our site through PayPal for $40.00. 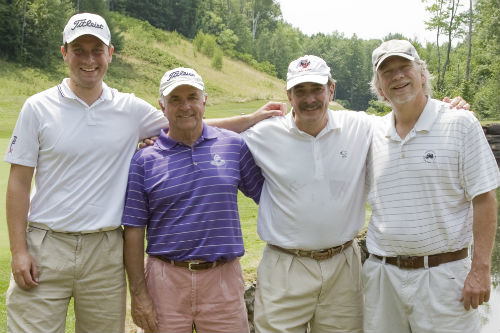 Dan and Jeremy Duhamel and Tom and Doug Champagne took second place, one shot back at -16 while David Kuhman, Rene LeClerc, Scott Davis and Steve Poremba took home third place honors at -15 on a match of cards with a eagle on hole the par 5 first hole over two teams of Dunc Walsh, Lee Blossom and Greg Goodwin and Michael Castagna, Paul Lemire, Paul Boucher and Doug Snyder.

Photos
All photos taken by Amanda Sullivan of Defining Moments Photography will be available for purchase (thru 9/25) on her website. Go to www.definingmomentsphotonh.com and under “Client Viewing” you will see the slideshow with all the images from the event. The password is “Legends”. Go to “Online Ordering” if you wish to purchase any prints! It is quick and easy. Pay online and the prints go directly to you (select home delivery). 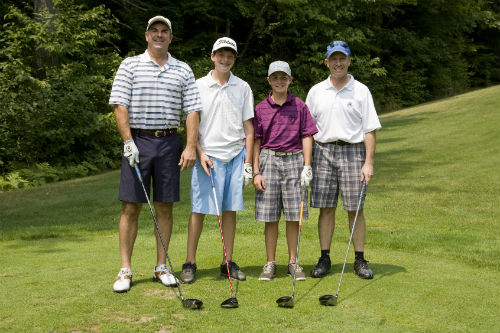 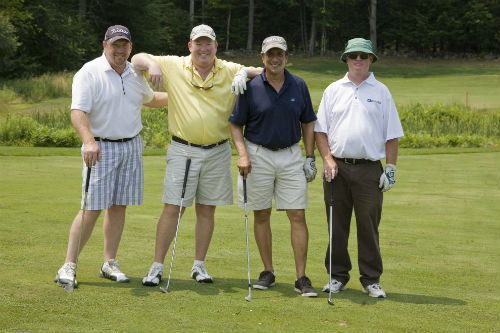 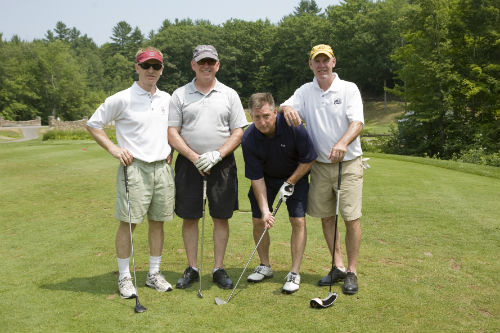 On-Line Auction Items
We are offering the following eleven items for auction to our entire contact list. We will update current high bids along with the initials of the bidder approximately every 48 hours beginning Monday September 3rd and continuing to 5:00 Eastern time on September 24th. If you are interested in bidding on any item(s) email hayes743@comcast.net.

Click here to view all the online auction items.

The New Hampshire Legends of Hockey gather nominations for election to the Hall of Fame, and raise money to preserve the donated archives, including historical literature, records, photos, film, clothing, equipment, trophies, etc. These collected artifacts are available for the viewing public in Berlin, Concord, Manchester and Nashua and on our on-line museum. We continue to search for artifacts and film from the old days. Anyone wishing to donate either is welcomed to do so.

No Replies to "2012 Golf Classic Another Success"