Tickets Now on Sale – Through October 15 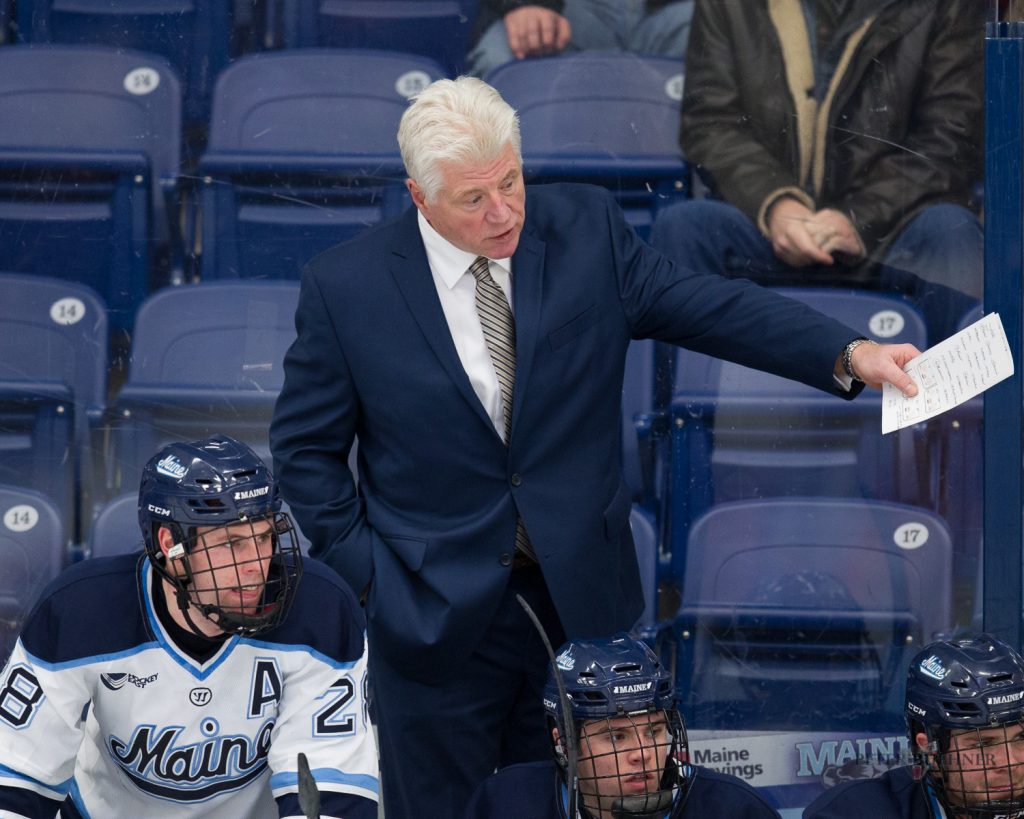 The festivities begin with the social hour at 11:30 and Master of Ceremonies Bob Norton will kick off the induction and celebration at 12:30 pm. The program includes Dennis “Red” Gendron, a Berlin native, and twice had his name engraved on the Stanley Cup with the NJ Devils, as the keynote speaker. Gendron is a New England College alum of 1979, Legends Hall of Fame Class of 2007, and entering is fourth season as head coach at the University of Maine.

Our Hall of Fame Induction event honors New Hampshire’s hockey elite — men and women who have made significant contributions in New Hampshire as players, coaches, officials, builders, or media representatives. We are pleased to announce Cusa Consulting, LLC will be our Presenting Sponsor and St. Paul’s School will be our Luncheon Sponsor. In addition, New Hampshire Distributors, LLC will be our Social Sponsor.

This year, the following seven deserving individuals will be inducted into our New Hampshire Hockey Hall of Fame: This year’s Hall of Fame inductees include: The late Maurice Couture, Jim Griffin, Roger Letourneau, the late Wayne Pecknold and the late George Thurston are being inducted as players; Howell P. Campbell is being inducted posthumously as a coach; and Clarence T. Lessard is being inducted posthumously as a builder. In addition, the Legends will also pay tribute to the New England College Men’s and Women’s hockey programs. To read biographies of the seven inductee’s click here.

Any businesses or individuals wishing to assist with sponsorship or purchase tickets, please contact Executive Director Jim Hayes. Jim’s information can be found on this sponsorship form. Deadline is October 13. Luncheon tickets must be purchased by October 15.

No Replies to "Tickets Now on Sale - Through October 15"