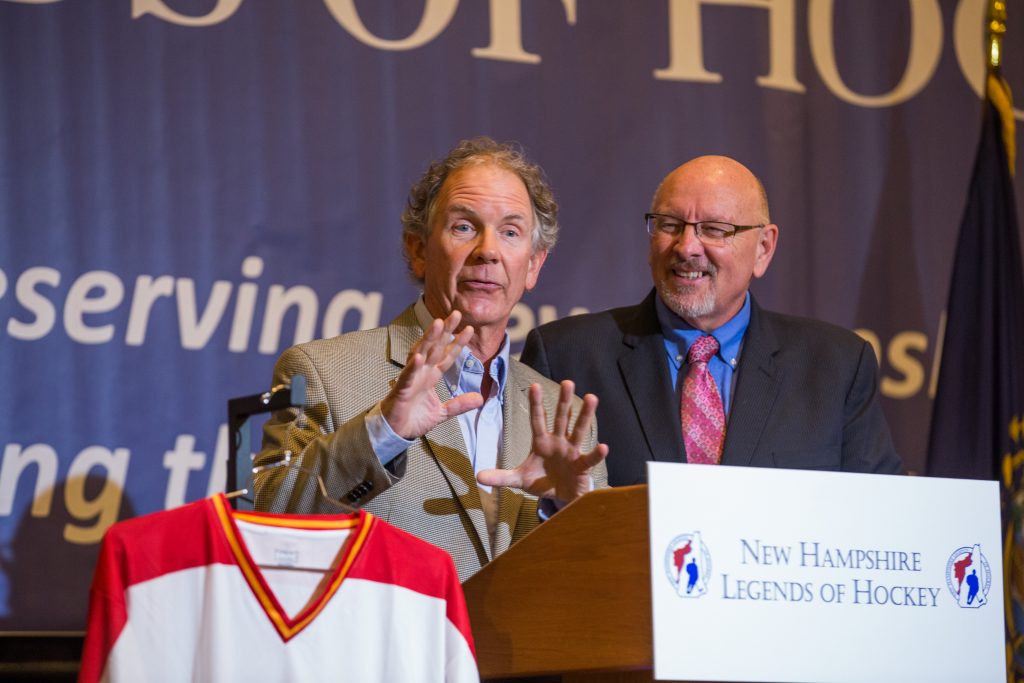 Co-Master of Ceremonies, Ken Cail and Chris Garrett, and the New Hampshire Legends of Hockey Board of Directors inducted six new members into the New Hampshire Hockey Hall of Fame class of 2018, in front of a crowd of more than 250 family members, friends, dignitaries and guests.

The Hall of Fame Induction Ceremony & Luncheon was held on October 21, 2018 at the Grappone Conference Center in Concord.

Inducted into the 2018 Hall of Fame Class was: Brendan Creagh of Hanover, Brian Foster of Pembroke and Rich Ryerson of Concord were inducted as players. Dartmouth College coach Bob Gaudet entered the Hall as a coach. Don McKinnon as an official and the late Tony Urban posthumously as a builder. To view the entire induction program click here. 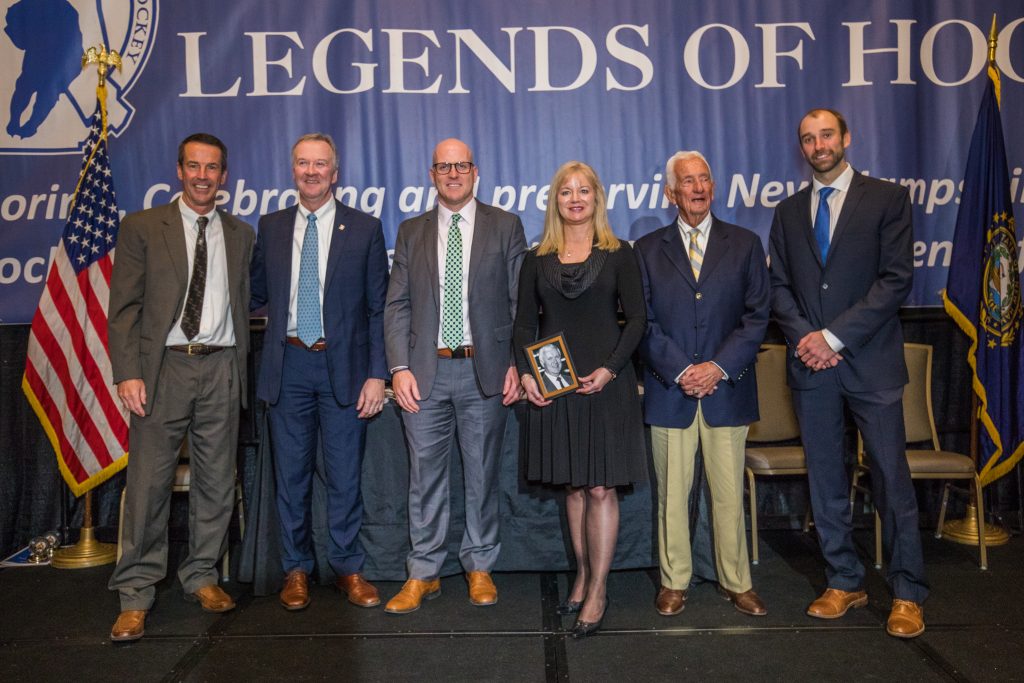 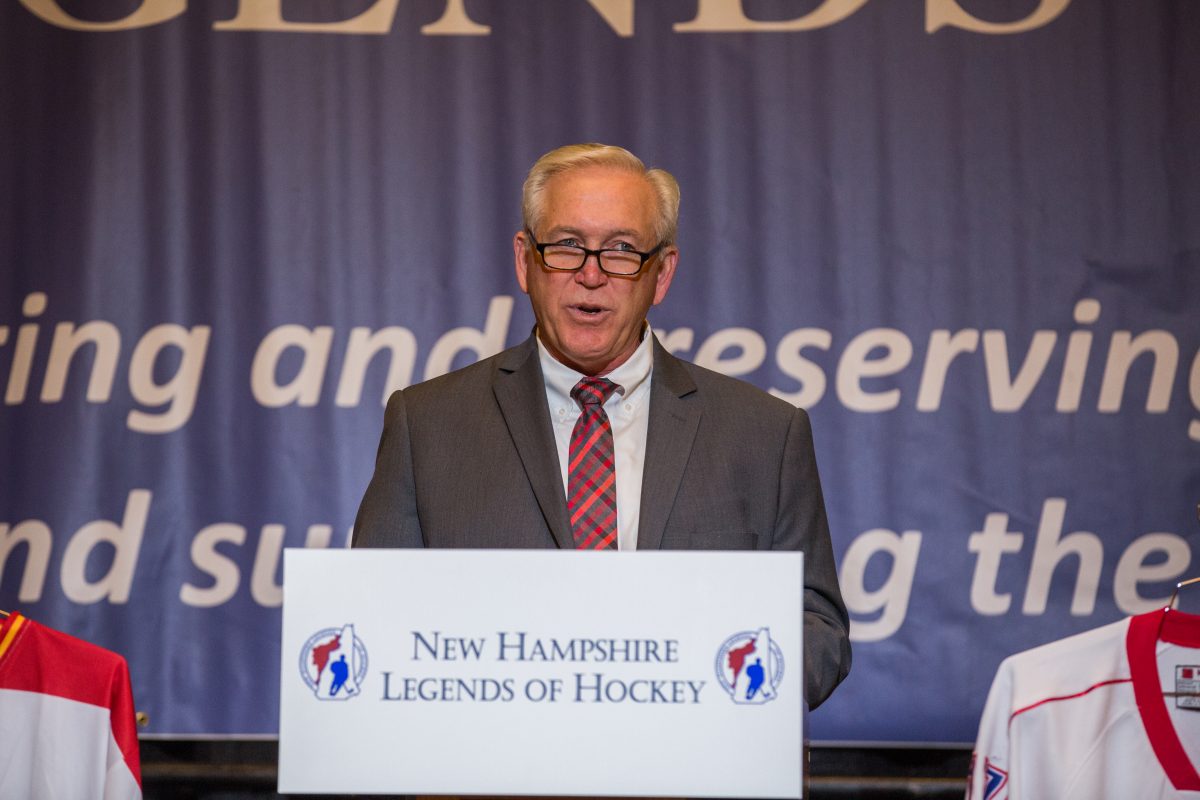 John Normand, (shown Above) current President of the Legends’ Board of Directors, welcomed the large audience and thanked them for supporting the 2018 Hall of Fame inductees and the Manchester Regional Youth Hockey Association. Normand offered special thanks to St. Paul’s School (Michele Chicione) as the Luncheon Sponsor; Vachon Clukay & Company PC (Bob and Kathy Vachon) & NH Amateur Hockey Association (Paul Comeau) as the Co-Title Sponsors and New Hampshire Distributors (Tom and Chris Brown) as the Social Hour Sponsor.

Normand also thanked the 26 other sponsors who helped make the Hall of Fame ceremony possible through their Gold, Silver, and Bronze-level sponsorships. Those sponsors are:

State Senator Lou D’Allesandro, longtime Legends supporter and a former Legends Board member, delivered a letter from The Honorable Governor Chris Sununu, State Senate Resolutions and State of New Hampshire Citations honoring the Hall of Fame Class of 2018 and MRYHA. 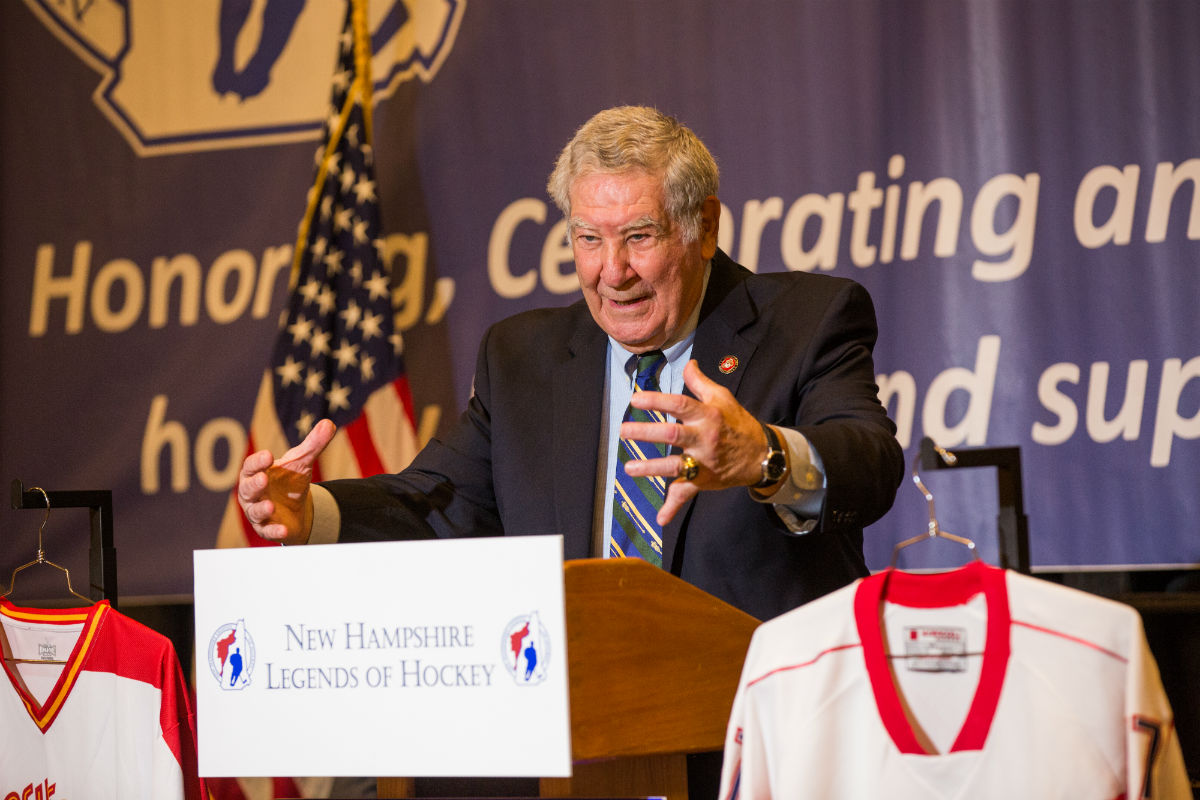 More than 40 directors, coaches former alumni and current players of the Manchester Regional Youth Hockey Association were in attendance. 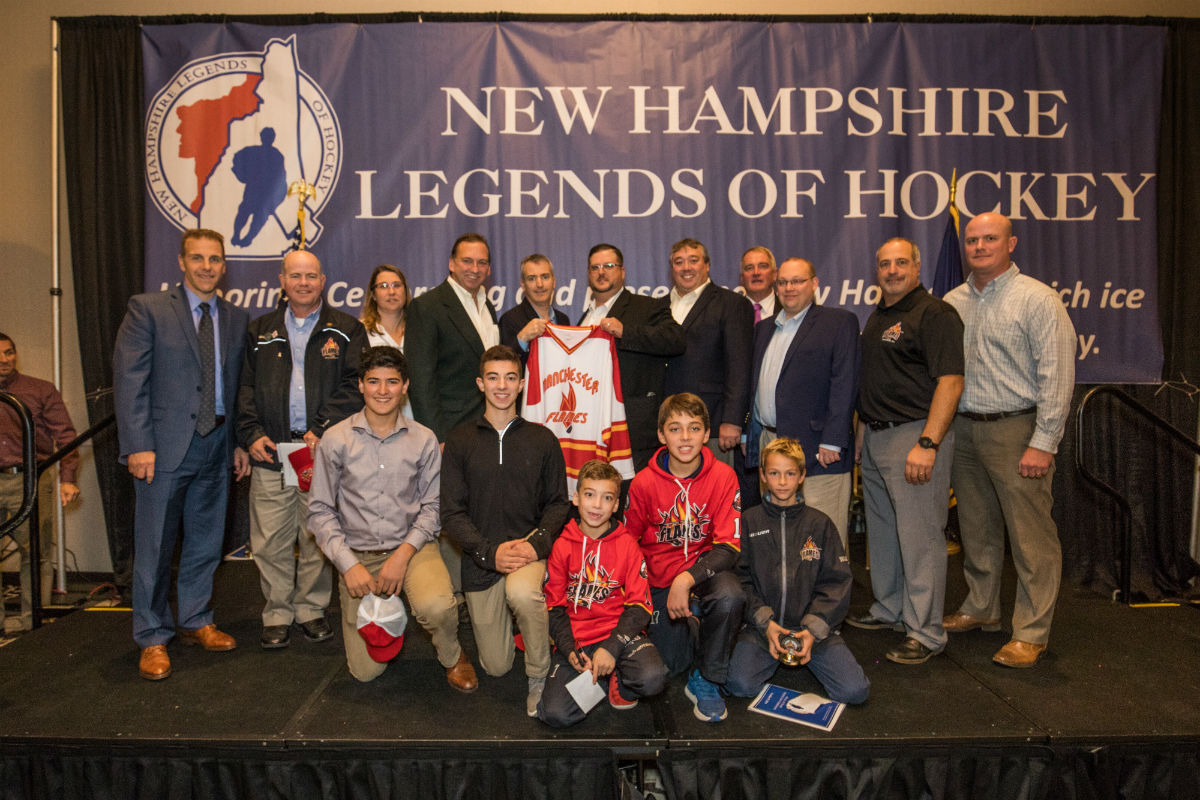 Shown above L to R: MRYHA 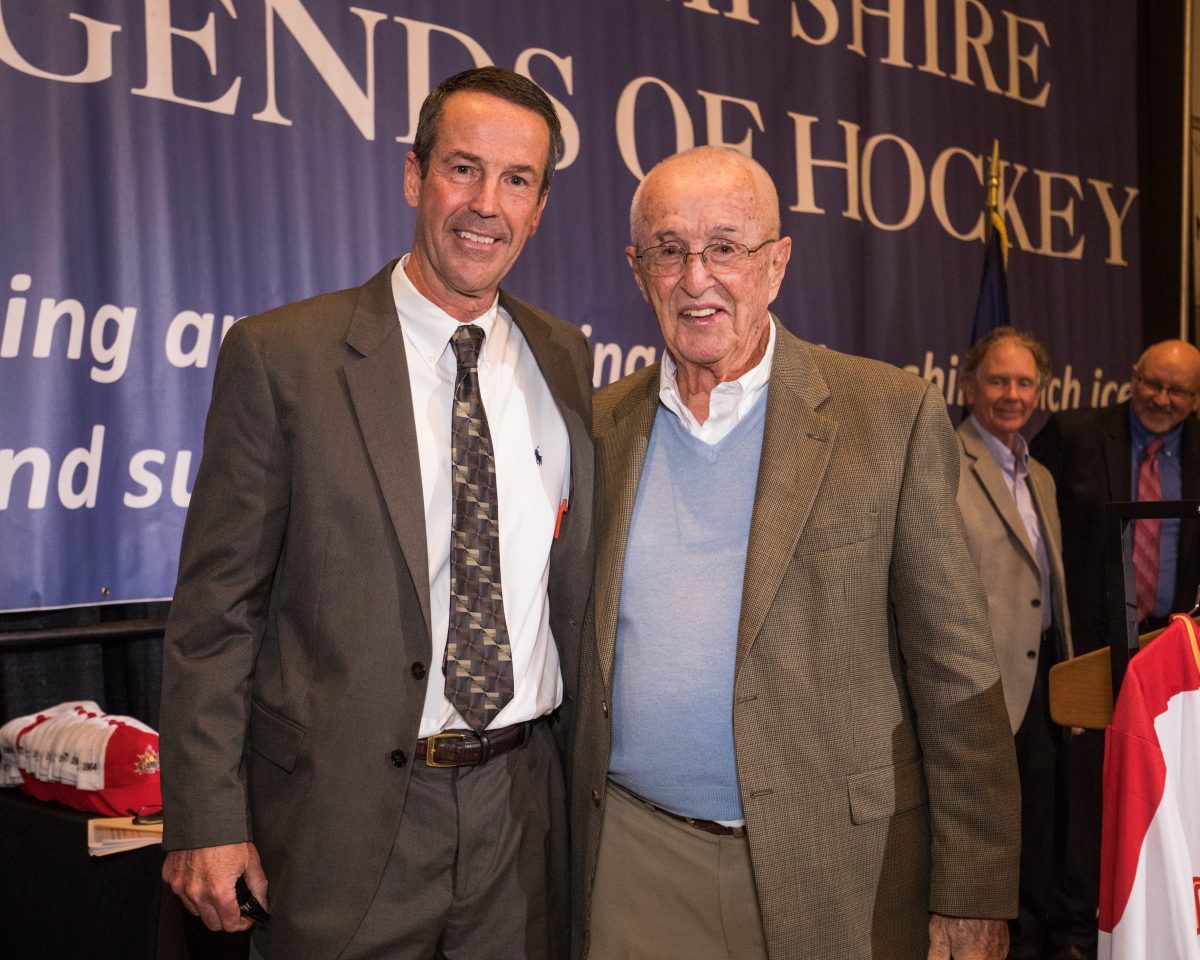 Hall of Famers’ Rich Ryerson and his father Dick Ryerson

The Ryersons became the 5th father and son Hall of Famers.  The others include Hubie McDonough and his sons Hubie and Kyle; Elmo Theriault and his son Dick; Dan Stuckey and his son Mark and Wayne Pecknold and his son Rand.

Photographs of Induction Ceremony were taken by Matt Parker Photography and are posted on his website. Click here to view and or purchase photographs. If you have any questions you may contact Matt at mparker3011@gmail.com. 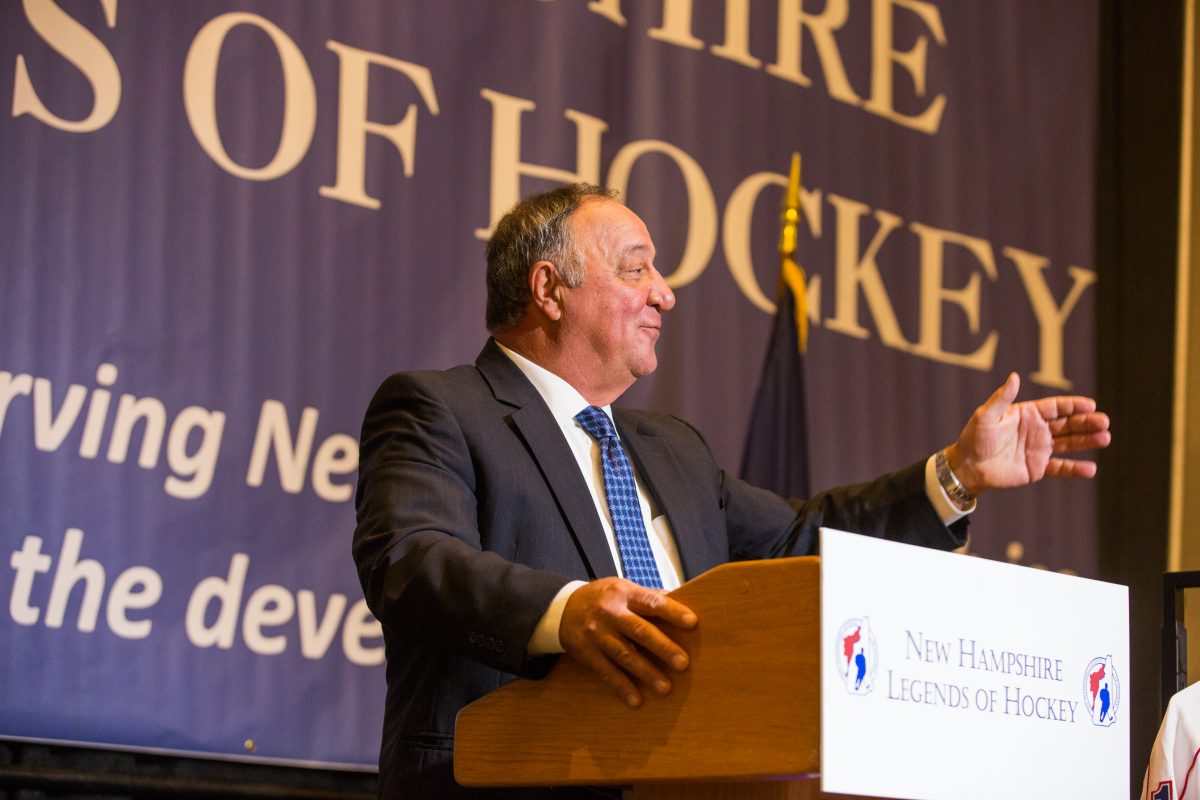 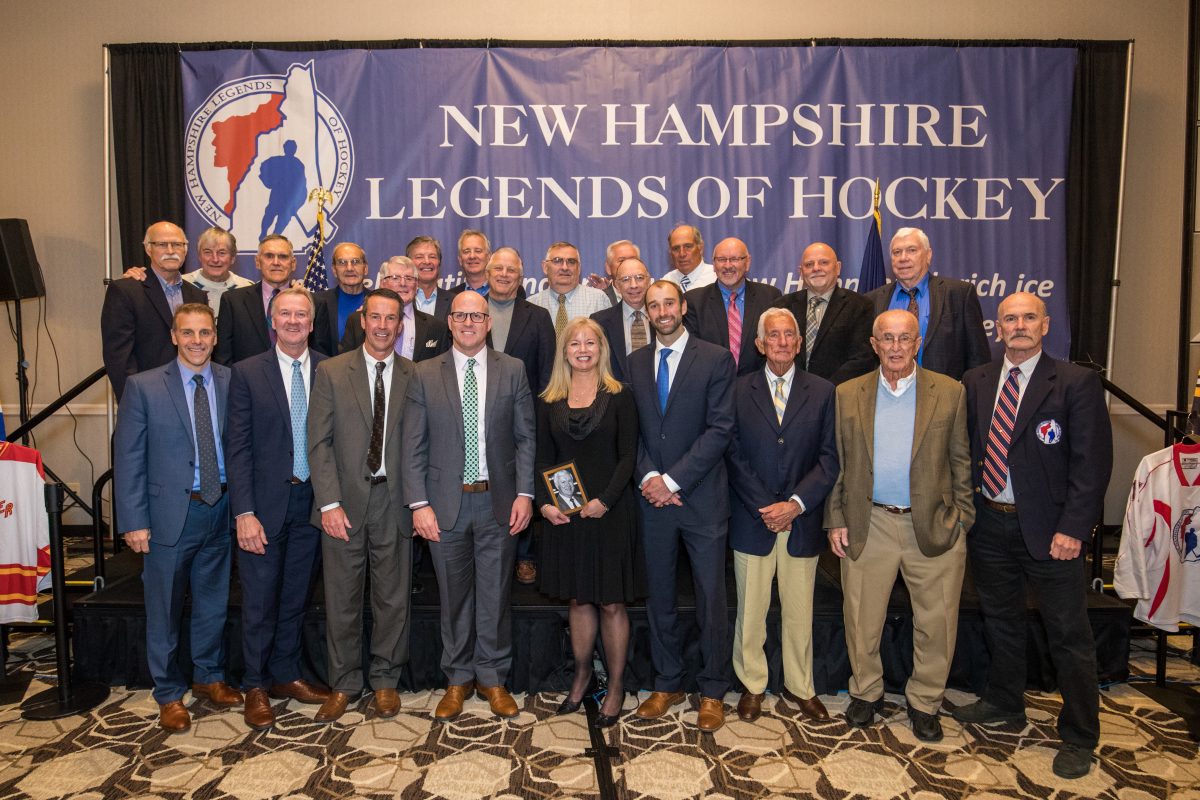 President John Normand announced the team which will be honored next fall.  The Alpine Club, who played in the 1960’s will be honored at the 18th Hall of Fame Induction Ceremony scheduled for Sunday October 20, 2019. 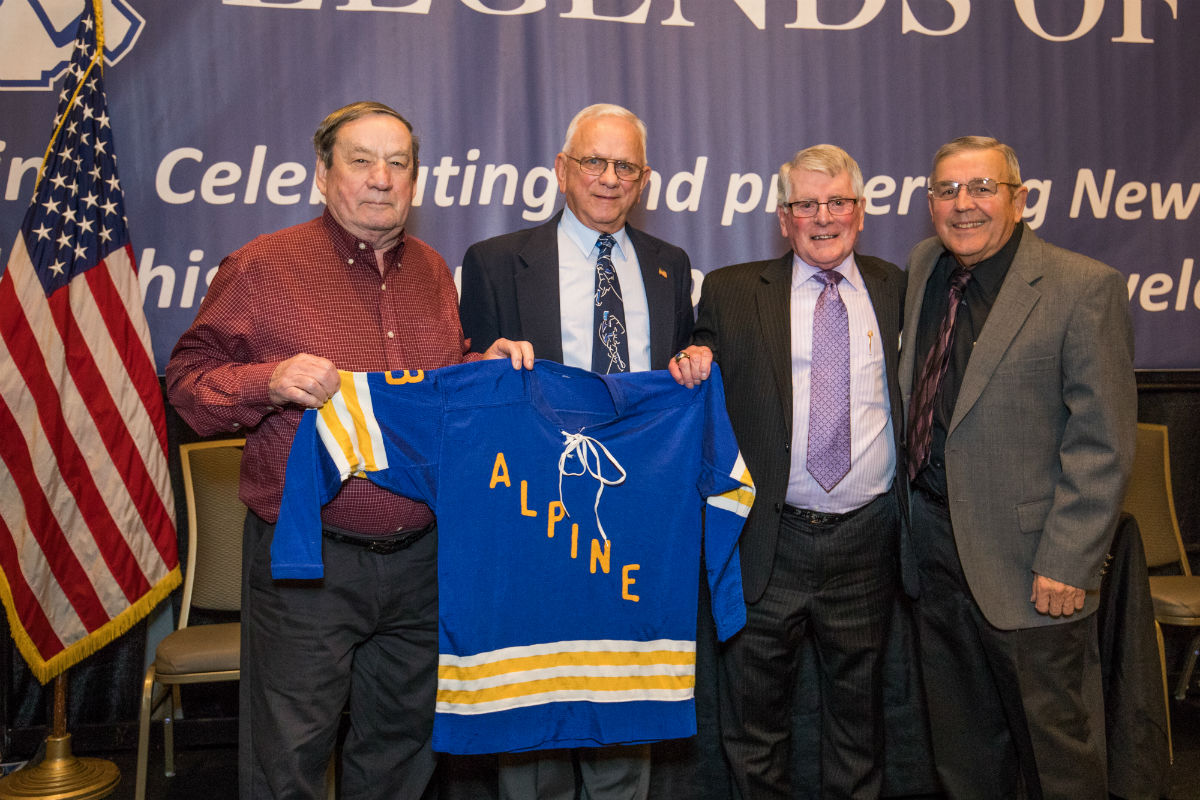 John recognized all the Past-Presidents in attendance for their outstanding leadership and service. 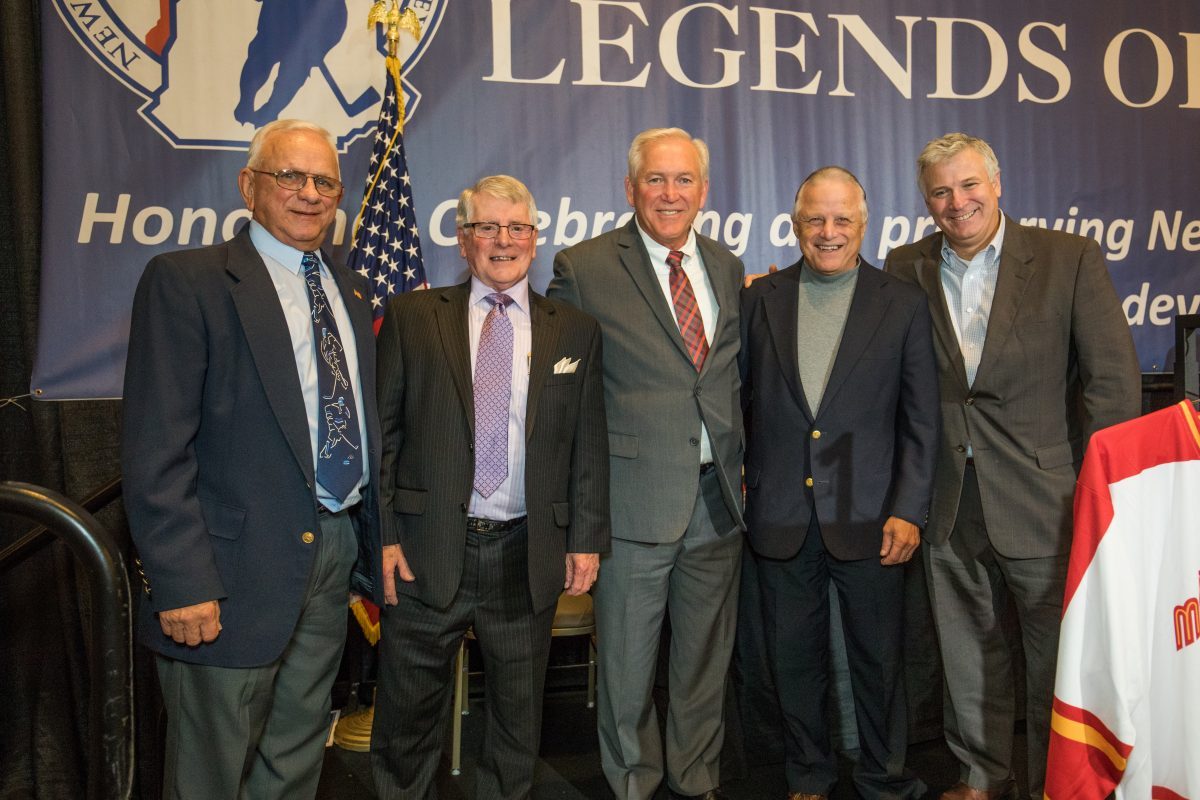 So again please mark your calendar for the 18th Annual Induction Ceremony slated for next October 20th at the Grappone Conference Center in Concord. If you’d like to become a sponsor, please email hayes743@comcast.net or call Jim Hayes at 603-731-4168.  Click here to review the 2019 Sponsorship Opportunity Form if you are interesting sponsoring next fall.

2019 Nomination with appropriate documentation can be submitted on-line beginning January 1 and continuing through the end of February.

No Replies to "Legends Enshrine Six"